Dr Stanley Okoro offers customized plastic cosmetic procedures at his private practice locations Nigeria (Abuja & Lagos), and Atlanta, Georgia. He has an extensive experience in cosmetic & reconstructive surgery of the breast, body, and face. His priorities when performing cosmetic procedures are patient safety, superior results, and absolute confidentiality. Dr. Okoro is the Plastic Surgeon for many celebrities & VIP both in Nigeria and United States. Find out why!

He has extensive experience and special interest in Facial rejuvenation, breast enhancement, breast augmentation, body contouring such as tummy tuck, (Abdominoplasty) and Laser Liposuction with SmartLipo. His Navy experience gives him an edge in facial, body contouring & reconstruction. He is a well rounded plastic surgeon with a world of experience. He was recently voted the 2011 & 2012 “Compassionate Doctor Award” by US based Patient Choice and he was listed in the “Guide to America’s Top Surgeon” 2011 edition by the Consumer’s Research Council of America.

Dr Okoro became a surgeon at Emory University in Atlanta Georgia. He completed a rigorous five year training program in Surgery at Emory University after graduating with honors from Meharry Medical College. After his training at Emory, he joined the US Navy and served as the Chief of General Surgery at the US Naval Hospital Great Lakes for four years. While at Great Lakes, he established and served as the director of the Breast Care Center receiving many accolades for his service to breast cancer patients. He also established and served as the director of the endoscopic and minimally invasive surgery unit.

After Navy General surgery, he proceeded to complete an additional three year training program in Plastic & Reconstructive Surgery at the University of Texas Health Science Center, San Antonio. While are UT San Antonio, Dr Okoro was specially trained by many famous surgeons in the most current cosmetic surgery and non-surgical procedures, which he has mastered.

Dr Okoro returned to active duty Navy after successfully completing his plastic surgery training. Achieving the rank of Commander, he served as the Chief of Plastic and Reconstructive Surgery at our “President’s Hospital”, the world famous National Naval Medical Center, Bethesda Maryland. While at Bethesda, received the majority of Marine and Navy casualties from the Iraq and Afghanistan conflicts. While also at Bethesda, the headquarters of the National Capital Area Breast Care Center, he established and directed the micro-vascular breast reconstruction surgery. Dr Okoro has performed countless primary and revision cosmetic procedures for these men and women. He single handedly sustained reconstruction of war injured service men and women, while providing both aesthetic and reconstructive service to eligible dependents. He served as an Assistant Professor of Surgery at Uniformed Services University of the Health Sciences, Bethesda MD.

In addition to his academic accomplishments, Dr Okoro is a philanthropist and an international Plastic Surgeon. He serves as the Executive Director of Imo Medical Mission, Inc, a non-profit charitable organization. He organizes and participates in an ongoing volunteer medical and surgical mission to undeveloped countries twice yearly since 2003.

Dr Okoro is a dedicated family man and has been married for 20 years. He has 4 wonderful children.

Dr. Okoro’s looks may be deceiving. He may look young, but he has a world wealth of unmatched knowledge, experience, skills, and surgical wisdom. Dr Okoro brings this vast experience with him to Nigeria.

Where can I Consult Dr. Stanley Okoro?

How Can I find Reviews for Dr. Stanley Okoro?

What is Dr. Stanley Okoro Qualification?

I have heard alot about doctors expertise and philanthropic gestures towards his kins men. Doc. Am seriously in deep need of a surgery for gynecomastia. This has been my problem in years and has constantly been making having suicidal thoughts. Pls help me

I would really like to take this opportunity to Thank Doctor and his team. I was looking for the gynecomastia treatment and went to the clinic based on the lot of good reviews . I went for consultation and Doctor explained me the procedure with lot of testimonies, previous experience and methods of the procedure. Dr. provided enough information and set my expectation level from the procedure.

Enjoying my life with awesome satisfaction.

What an amazing Dr he made me so comfortable before, during and after the surgery there is no words could express my happiness and thank him he is the best doctor ever i've met in my life. 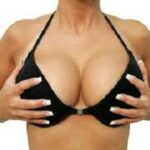 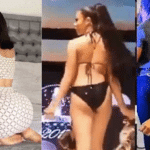 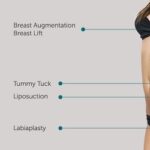 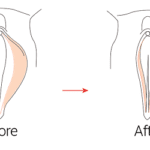